Well, I don’t know about you but it’s been one crazy year so far – and we’re only in the first week of February!

Busy would also be another good description of the last short while, but we like to think that’s a good problem to have. Fierce Software had a great close to the 2018 year and we marshaled that momentum to get a jump start into this year, and geez did that work.

Our team has been expanding, steadily growing more, and more frequently. Do you know someone Ferocious enough to join our team? Maybe you’d like to join and be one of the Fierce Folk of the North? Keep an eye on our Careers page for information into your next career.

This growth has given us the ability to do more for our customers – not only are we doing more, we’re doing things even bigger than ever.

Earlier in January we concluded one of our most successful workshops. It was an Ansible Tower Workshop and we rolled out all the stops – breakfast, lunch, presentations, demos, and a hands-on workshop where participants stepped through the Ansible playbooks, all the way to implementing NIST 800-53 security with Ansible Tower.

Oh, and these participants – there were over 90 that came out, with more than that on the waitlist. We had a full ballroom at the Westfields Marriott for a day talking up all things automation.

During our catered Lunch n’ Learn we introduced a new Data Science 101 workshop and some of the exciting things coming down the line from the Hortonworks and Cloudera merger. Now can I get an encore, do you want more?

That workshop was such a success that we had customers demanding a second act. Not only a deep-dive and expansion into Ansible, but also some of our other Workshop Programs. We’ve got workshops featuring enterprise technologies from Red Hat, Cloudera, and more on the way from collaborations with our partners such as CloudBees and SysDig!

With that all being the case, now we’re back with not just one workshop, but THREE WORKSHOPS in TWO DAYS.

We’ll be back out at the Westfields Marriott for a Two Day Enterprise Open-Source Workshop where we’ll go over a new Ansible for Networking workshop and Red Hat OpenShift 101 on Day 1, and then on Day 2 we’ll be talking Data Science 101!

Now, right after this two-day workshop extravaganza, we aren’t slowing down as we’ll be heading out West on a bit of a roadshow.

First, we’ll be joining CloudBees at their Sales Kick Off (SKO) in Vegas!

CloudBees has been one of our partners we’ve seen tremendous growth with so it’s an honor to be invited to their Sales Kick Off. It’ll be an event where you can hear the latest on CloudBees, peeks into what’s to come, and enjoy some comradere with our CloudBees associates and counter-parts. Word on the street is that they’re not only great at enterprise open-source DevOps, but they have some folk with a mean poker face too.

After Cloudbees SKO, it’ll be a stop in to the AFCEA WEST Conference 2019. WEST is now in its 29th year of bringing military and industry leaders together. Co-sponsored by AFCEA International and the U.S. Naval Institute, WEST is the only event in which the makers of platforms and the designers of technologies can network, discuss and demonstrate their solutions in a single locale.

While we’re out on the West coast, we’ll be meeting with some of our customers and partners – and of course, enjoying our fair share of Animal-Style Fries from In-N-Out.

A major stop we have is into one of our customer’s locations. They’re a Federal Systems Integrator and we’ve had numerous successful campaigns with them. As part of our work with them, we’ll be orchestrating their very own series of workshops on-location.

They’re in the process of modernizing their developmental architecture and we’re helping them bootstrap their team with two days of workshops.

We’ll be starting with a Containers 101 workshop to set a baseline, and then we’re moving onto Container Security. Following that on the next day, we’ll be taking things to the next level with an OpenShift 101 workshop, and then creating a Secure Software Factory in our DevSecOps Workshop to tie everything together.

Now as if that weren’t enough, we’ll also be hosting multiple DoD customers for a Day of Data with our Data Science 101 Workshop. We’ve seen a surge of interest from our customers and even our other partners around the Cloudera merger and what that means for the enterprise data plane. Thanks to our close and strong relationship with Cloudera, we’ve got a unique perspective to the situation and couldn’t be more excited for the things to come. Looking forward to following our Hortonworks Public Sector Partner of the Year award from 2018 by earning a similar mantle with Cloudera!

Now some might think that almost a dozen workshops, a conference, back-to-back meetings, and a few thousand miles would be enough – Fierce Software doesn’t stop there though.

After a couple weeks in the San Diego area, we’ll be returning back to the DMV with our Ansible NOVA User Group. This time we’re going for that Late-Winter Classic sort of feel, and have guest speakers coming out from Capital One and Developing Solutions, and as always there will be plenty of beer and pizza. 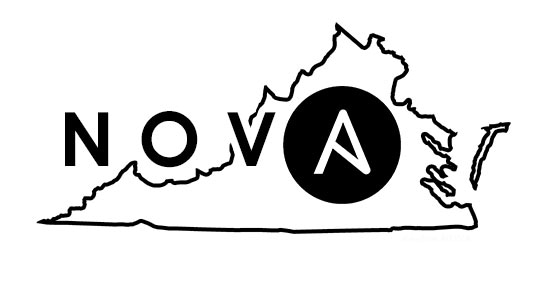 In the Northern Virginia/DMV area? Stop by the February Ansible NOVA Meetup for your chance to win tickets to OSSEC Conf2019!

Speaking of, we’re proudly sponsoring OSSEC Conf 2019. We’ve recently expanded our security management offerings with a partnership with Atomicorp and are now able to bring enterprise OSSEC security blanket solutions. Make sure to watch their Threat Map and their commercial might be one of the best ones we’ve ever seen – and we’ve watched a lot of commercials.

What can I say, keeping busy has never been a problem of ours! Between the conferences, workshops, and user groups we’ve got lined up what will undoubtedly be a great couple of weeks filled with exciting work with our customers, programs with new partners, and a few chances to kick back with our friends and the community. We can’t wait to see you along the way as we hit the open road!

Are you an automation, beer, and pizza enthusiast? Join our Ansible NOVA User Group!